By the time you’re done reading this article, you will know how Adderall and Ritalin compare. Is one better than the other?

If you want to know what Ritalin actually is and how it works, see here.

And are you confused by all your medication options? (Ritalin, Adderall, Focalin, Vyvanse, Intuniv, Metadate, Pemoline – and that’s just getting started!) Figure things out – a Full List of ADHD Medications tells you what you need to know. 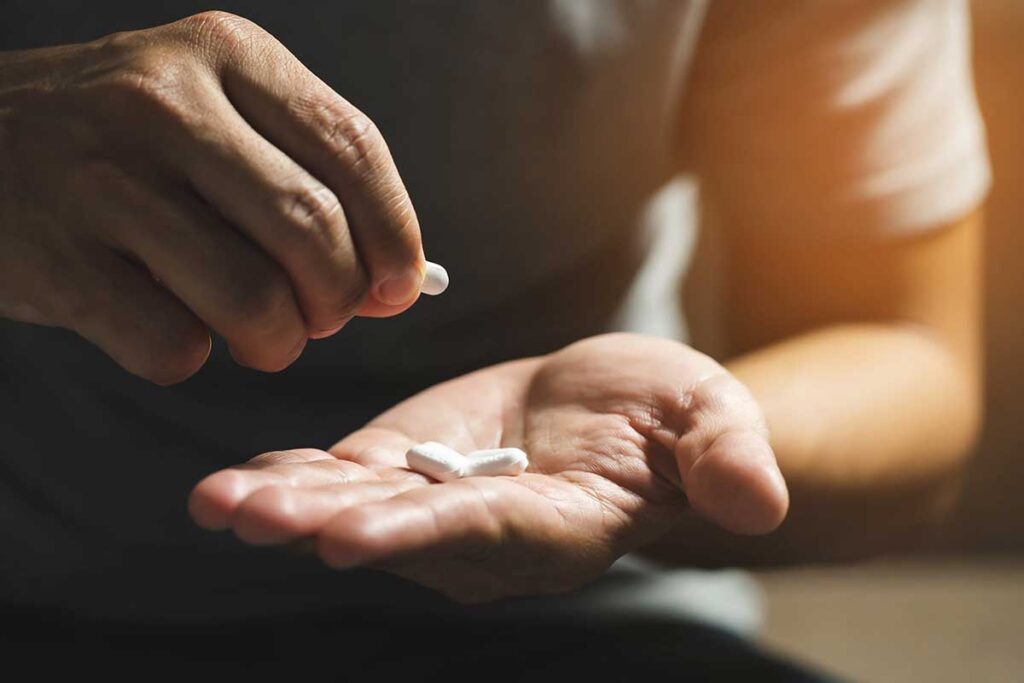 Ritalin goes to brain cells and stops them from taking up dopamine and norepinephrine, which are chemicals associated with focus, motivation and pleasure. That increases the amount of them in the general space between cells.

Adderall does the exact same thing. It also, however, goes inside cells and makes them pump out dopamine. It not only blocks the reuptake of the substance but also acts to increase its levels directly.

It is this mechanism that may explain itsslightly higher strength in some ways.

Ritalin is the most commonly prescribed stimulant for ADHD, far outselling Adderall, but this doesn’t mean it’s better. It’s just been out a lot longer. Ritalin and ADHD are pretty much synonyms, and that association makes a big difference in doctors’ prescribing habits.

Chemically, Ritalin is derived from an amphetamine and has very similar biochemical behavior.

It is a very effective treatment for ADHD. Roughly 55% of those who use Ritalin experience benefit. Combined with therapy, however, that number goes up to 70% or even 80%.

The reason for this difference is likely that Ritalin, at the right dose, enables you to perform in a less “ADHD” style, but you still have to learn how to do so.

Clinicians we’ve spoken to tend to highly prefer the extended release form as it is less variable and makes life a lot easier than instant release. 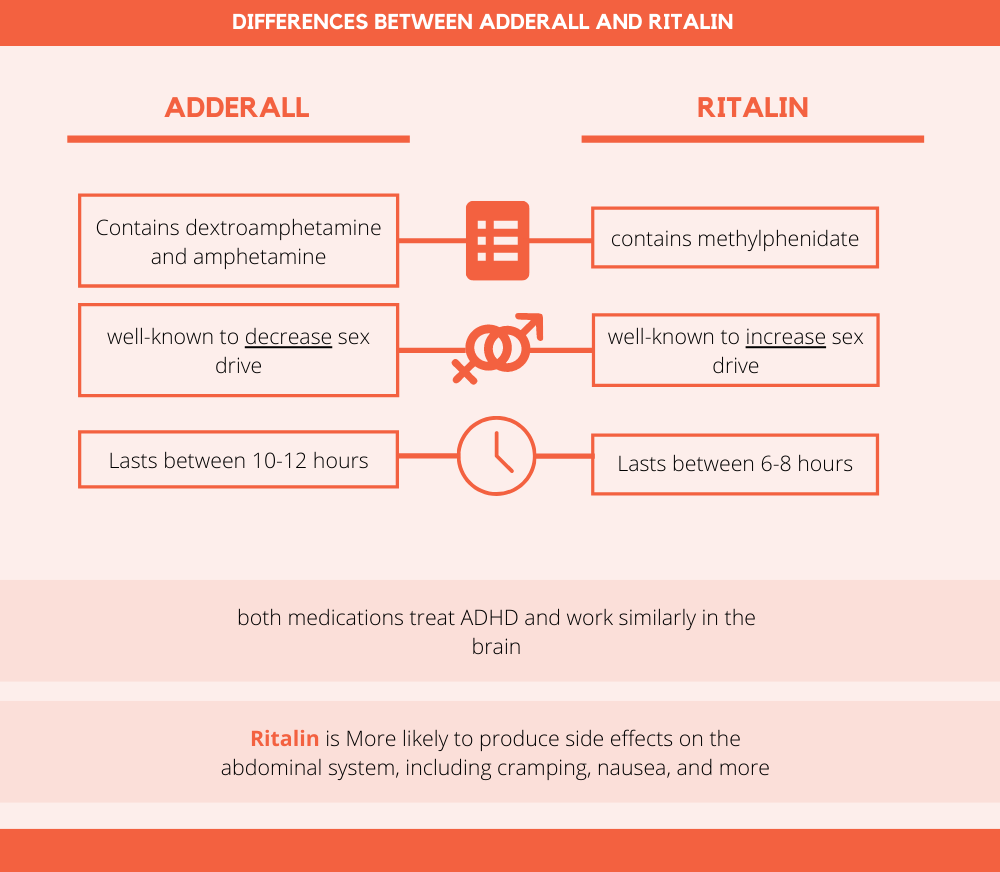 Adderall is a mix of amphetamine salts, and it works about as well as Ritalin. It too is available in IR and XR form. It’s become increasingly popular since its introduction in the 90s. And it might just be a little stronger than Ritalin.

Some studies show that kids need to take 2 instant release pills of Ritalin to cover a day at school, while 1 IR of Adderall works similarly well. It is possible that an instant release of Adderall works for 5-6 hours, although officially, it is supposed to work 3-4 hours. Molecule for molecule Adderall is more potent. But that might just mean you take less of it than Ritalin.

Some other studies show that Adderall produces a slight advantage over Ritalin in treating certain symptoms. One study showed that Adderall had significant advantage in keeping people on task and helping stay focused. But please take that study in context. It wasn’t a rigorous clinical trial, and only examined 37 patients.

More interesting is that people who start Adderall might be more likely to keep on using it than Ritalin.

And in a summer school study at SUNY Buffalo, Adderall was viewed to be slightly more effective. Staff clinicians especially liked it, favoring it 3 to 1 over Ritalin, but of course they weren’t the ones taking it.

Dr. Tuckman, a clinician who has treated hundreds, if not thousands, of adults with ADHD has this to say: Roughly 1/3 of people with ADHD respond best to a Ritalin type medication, 1/3 to an amphetamine type such as Adderall and Vyvanse, and 1/3 respond equally well to both.

So Adderall and Ritalin are about as effective for treating ADHD, and some people respond better to one or the other.

Adderall may be slightly stronger than Ritalin. It may also have slightly different side effects. One clinician’s study showed that Adderall was less likely to cause anxiety and agitation, while being more likely to cause insomnia.

Ritalin may be less likely than Adderall to cause psychosis in patients. In a recent study, for instance, analysis revealed that Vyvanse and ADHD prescriptions (amphetamines) among youths were more likely to result in psychosis than its methyphenidate counterparts (Ritalin or Concerta). Check out the study here. 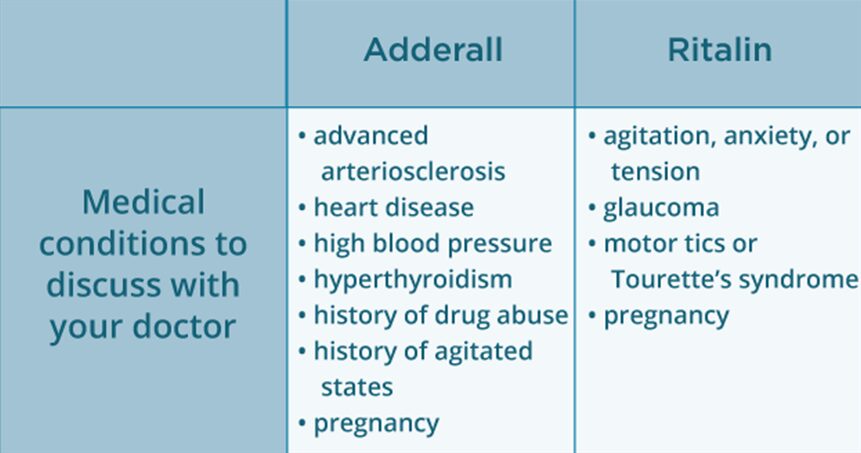 ADHD can be a lot different in adults than in children. If you are concerned that you have ADHD and are over 18, see an ADHD Test Made for Adults.

Learn what the 4 Secrets To Success with ADHD are – it could really help you understand what’s going on in your life.