Dr. Ari Tuckman is the author of “More Attention, Less Deficit: Success Strategies for Adults with ADHD” and “Integrative Treatment for Adult ADHD: A Practical, Easy-to-Use Guide for Clinicians”. 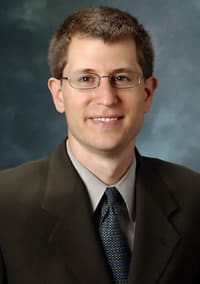 He has treated hundreds, if not thousands, of adults with ADHD. He generously took the time to answer questions that readers of mine have submitted over time.

What attracted you to ADHD?

I actually fell into it around 1998/99. I was starting out and was approached about working with some patients who were adults and had ADHD. They needed help dealing with their condition and with life management. I took the opportunity and it was a good fit.

At that point, things were different. If you knew three things about ADHD – than you were an expert on it. It’s better now, but still not good enough.

What kind of experience do you have with adult ADHD?

I’ve been focused on that area for 10 years now and a significant percentage of my clients have ADHD. If I had to put a number, I’d say I’ve treated hundreds if not thousands of patients with adult ADHD.

Why do we not know enough about Adult ADHD?

The problem is that doctors, especially primary care physicians, aren’t good at recognizing it. And even if they are, they’re not in a good position to do something about it because they simply don’t have the time for a thorough evaluation, which can take a couple hours.

Very often people have ADHD and their doctor just doesn’t notice. It’s tough for the doctor, of course, because clinicians have to know a million things. But when it’s your life, you expect them to get things right.

Why is this a problem?

Very often a doctor will notice that someone with ADHD has anxiety or depression and treats only that. They are then surprised when there isn’t such a good response and think “I guess this person just doesn’t respond well to treatment.”

And it’s unfortunate. Untreated ADHD is a big set-up for a lot of problems. We have hundreds of studies that show the kind of bad impact it has on your life.

Can you elaborate on the problems ADHD causes?

It’s a big misconception that having ADHD is no big deal. It has severe consequences on people’s lives. ADHD has measurable effects in all areas of functioning. Everything is affected by it – social life, work performance and more. Its effects can even go as far as your credit rating!

ADHD has the most impact of almost all psychiatric diagnoses because it is always present and always causing problems.

If you could tell a Doctor two things about ADHD, what would they be?

First, that even if someone was hyper as a kid, they don’t have to be hyper now to have ADHD. And they might not be restless or overactive in your office.

Second, that having ADHD doesn’t mean you’re not successful. On the contrary, there are some really successful people who have it. But it comes at a great cost and they have to work harder to achieve their success.

Remember, I’m a psychologist. That means that I prefer talking to people. But for ADHD, I am a big fan of medication because it works. And it works well. Proper use of medication sets people up for success so that other strategies will be more successful.

Medications for ADHD like Ritalin and Adderall have their fair share of controversy. What’s your opinion on that?

It’s not a matter of good or bad, but rather how medication fits into your overall treatment plan. Medications for ADHD tend to be very effective.

What are your thoughts on the proper use of medications like Ritalin and Adderall?

First, I’ll repeat that it’s absolutely essential that a proper diagnosis be made before using any medication. I have a saying that accurate diagnosis guides effective treatment.

It’s also important to have realistic expectations. You can take a pound of medication and still not do any work. The fact is, you still have to choose to put in the effort. Medication puts you in the ballpark, but you still have to swing the bat.

How do you choose a medication?

Typically, I recommend an extended release. That means either Adderall XR, Concerta, Vyvanse, or Focalin XR.

To choose between them, I find the rule of thirds to be quite useful. Roughly one third of patients will respond best to Adderall or Vyvanse, one third to Ritalin/Concerta/Focalin, and one third will respond equally to both.

You can’t point at a hundred people and say that for everyone Adderall or Ritalin would work best, but for any one person there may be a better or worse response.

For my patients, it can be hard, but they have to realize that it can take some time to figure out the right dose. It’s not a magic pill, and you have to be somewhat lucky to get the right dose on the first try.

Doctors sometimes are too cautious and might use a child-sized dose in an adult. Then they’re surprised when they don’t get good results. That’s like wondering why half an aspirin doesn’t help an adult with a headache. It doesn’t mean that a larger dose wouldn’t be more effective–up to a point, obviously.

What are some issues you see in treating adults?

Adults who are diagnosed or deal with ADHD are different from kids because they’ve been dealing with their situation undiagnosed for most of their lives. They’ve had to come up with explanations for why things are not going so well in their lives. And they’ve constantly been telling themselves, “Now it’s going to be different. I’m going to get that report in on time, listen more when people talk, spend my money better, etc.”

They’ve had a lot of failures.

For a kid, there aren’t those years and years of struggle.

Most adults when diagnosed have a tremendous sense of relief. It puts things in place. And it’s an explanation that isn’t pejorative or judges them badly. They’ve probably heard way too many times things like, “you’re irresponsible,” or, “you’re lazy.” A diagnosis of ADHD is much better than that.

How do you diagnose ADHD?

I typically do a 2 hour interview. If possible, I have a parent or romantic partner come along to give additional input. I try to get as much data as possible, including old report cards which can be particularly telling. Of course doing so is often hard in someone over 25.

We look at how the person is doing now and at prior points across a broad range of situations. Looking at just one area can be misleading – how are they performing overall? And does ADHD fit the pattern of data?

How would you respond to critics of diagnosing ADHD?

For most psychiatric – and even a lot of medical – diagnoses you look at symptoms and history. Blood tests can’t tell you everything. The best diagnosis, of course, has to be thorough. If you do a good job, you’ll look for the right things while not asking leading questions.

Some symptoms are more obviously associated with ADHD. What are some of the more unusual or harder to notice things?

A lot of people with ADHD have difficulty retaining what they’ve read, and may not actually read books that often. Magazines and websites are easier to digest. It’s common to have to reread things.

Other areas include careless mistakes in math. They know how to do something, but mess up on the small details. Everyone has brain glitches like that but they are more common in people with ADHD.

A really interesting phenomenon I see is that sometimes people with ADHD will have done homework assignments but forget to hand them in. This is particularly telling because there isn’t an alternative explanation. If someone doesn’t do their homework, for instance, you could say that they just don’t want to do it. Blame it on motivation. But there’s really no reason you’d choose not to hand in an assignment that you did.

Another area is losing things, both in the house and out in the world. There’s really no advantage to losing your cell phone, for instance, so doing so is an indication that ADHD may be an issue.

That just doesn’t seem very likely. Remember, that psychoanalytically based treatments have not been shown to work that well for treating ADHD. That’s not to say it can’t help with other issues that folks with ADHD or other people might have, but it won’t change the underlying condition.

Some research has shown that low levels of iron in the blood has been associated with ADHD. What do you have to say to that, or claims that bad diet causes ADHD?

I’ve heard things like that often. Parts of those claims may be true, but you have to remember that correlation does not mean causation. While it is true that men in general are taller than women in general, being tall, for instance, doesn’t make you a man.

A possible explanation, however, could be that people with ADHD may not have as healthy diets. It’s important to remember, however, that dietary treatments have not been shown to a valid treatment for ADHD.

How do you decide to use a medication or not?

Of course, if someone shows up in my office, they’re probably not doing as well as they would like!

And of course there are different situations. You may need to take medication during the week but not so much over the weekend.

One of the biggest fears people have is that their ADHD medication will stop working. In your experience, does tolerance to, say, Ritalin or Adderall develop?

Not usually. It is my experience that, once you find the right dose, you can keep taking it for years, even on a daily basis.

That said, there are some factors that may change the right dose. Sometimes there is significant weight change which can change how effective a dose is. Also, someone may find that their lives require them to perform at a higher level when they might get a promotion with more responsibility and really have to be on their game. Or when they have a new baby.

What are some thoughts you have on ADHD in general?

Getting diagnosed with ADHD can be really life changing. Suddenly things make sense. I have to tell my clients that I understand how hard things have been in the past. But now they’re in a new situation.

With medication, things can be quite different. And, although they’ve already heard a million suggestions, in therapy we look at new strategies that are based on a solid understanding of how people with ADHD tend to process information, so we can create strategies that are more likely to be helpful.

Today I’m having a client who is living out of the country and coming back home here in America to visit his family. He’s driving four and a half hours here and another four and a half hours back, a total of nine hours driving, just so we can spend two hours to officially diagnose him with ADHD.